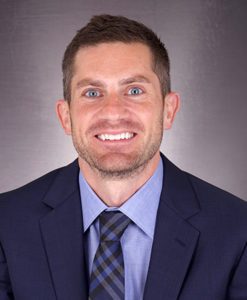 Dr. Tim Rogers grew up in Glenview, IL. He went to the University of Illinois at Urbana-Champaign where he earned his Bachelor of Science degree in Integrative Biology and a minor in Spanish.  During his college years he spent a semester studying in Barcelona, learning the culture and language.  After graduation from U of I, Dr. Rogers attended the University of Illinois at Chicago where he received his DDS degree.  Dr. Rogers demonstrated an interest in endodontics during dental school and received the Student Achievement Award from the American Association of Endodontists and the American Academy of Craniofacial Pain Award.  After graduating dental school Dr. Rogers went on to obtain his Masters degree in Oral Sciences and Specialty Certificate in Endodontics at the University of Illinois at Chicago.  His Masters research involved the use of three-dimensional radiographic imaging to locate a specific canal in upper molars.